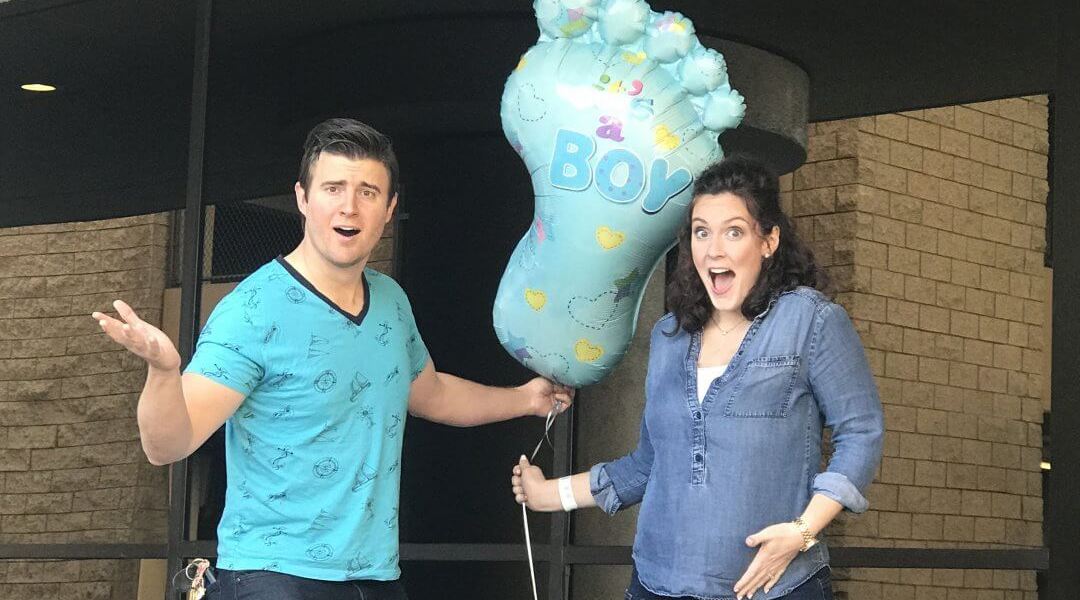 Surprise! Our Baby Girl Is Actually a Baby Boy…

As some of you know, my husband and I have been in the process of moving during the pregnancy. Buying a home in LA has been quite an adventure on its own, to say the least.

For three months we thought our baby boy was a baby girl.

Yes, you read that right.

The truth is: we are expecting a BOY!

Back in November, our perinatologist wrote our baby’s gender on a cute little card, which we handed over to our friend Amy to help us plan a “gender reveal” with our families over the Thanksgiving holiday. I was 18 weeks along.

We ordered powder cannons and were surprised and elated to see pink powder flying in the air! We shared our news on social media, and my husband’s LA news station even played it on air!

We started getting baby girl clothes from our friends and family. At one point, an incredibly kind and thoughtful KTLA viewer brought a sweet little gift bag for our daughter-to-be to Steve while he was working in the field. I still can’t bring myself to open it.

Our Christmas card celebrated “our girl,” and my best friend threw me a surprise girl-themed baby shower when I went home for the holidays…

…all before we learned we are actually having a BOY!

Dear boy, I want you to know we love you! We are happy to be expecting you, and I cannot wait to meet you. You, of course, knew all along who you were. We just tried to plan ahead…and you surprised us. Now, every time you kick and wiggle around in my belly, I feel so much reassurance and love for you. Someday, when you read this, I want you to know that even though you surprised us, we are so very glad you’re you. A healthy, bigger-than-the-average, 31-week-old (by 1.5 lbs) baby boy!

How We Found Out

As some of you know, my husband and I have been in the process of moving during the pregnancy. Buying a home in LA has been quite an adventure on its own, to say the least.

Thankfully, we finally found a place and are moving in this weekend! Because of the change in location, we had to switch doctors. It was while I was meeting with our new doctor that I learned the truth about our baby’s gender.

In the midst of our conversation, she glanced at my medical records (that had just been handed to her by a nurse) and said, “So, why do you think you’re having a girl?”

I said “Because that’s what our doctor told us. That’s what he wrote on the gender reveal card.”

“Hmm,” She said. “The blood work here is telling me boy. Let’s go ahead and take a look.”

We did an ultrasound, but because of the way the baby was turned we couldn’t get the “money shot” to be sure.

But we did learn everything else was normal and our baby was healthy; he had just had a growth spurt! We scheduled a follow-up to have a more detailed ultrasound with a new perinatologist in a few days.

I still somehow felt the baby was a girl, even though she mentioned the blood work said “boy.” With the help of my best friend who is a nurse practitioner in women’s health, I decided to dig into my medical records that had just been uploaded to my patient portal.

We found the blood work. “Test Results for Y Chromosome Consistent with Male Fetus.” It was recorded November 4th, 2017.

How did our perinatologist get it wrong and why did my former OB never correct me?

I can’t answer the latter. I can only assume it had something to do with a lack of attention to detail (which is not really something you want in an OB.)

As for the former, I called my perinatologist that day and left a message. He called me back to say that all of his documentation said “boy,” and that he even drew a male sign ( ♂ ) on my paperwork. He apologized and tried to figure out how he could have possibly written the wrong thing on the card. He said perhaps he had just seen a patient who was having a girl and had a “brain fart” while writing the gender on my card. He continued to apologize, and I found myself shocked.

“I really am having a boy,” I thought. Now to share the news with my husband and our families.

Honestly, at first I felt completely disconnected to the pregnancy. For months I’ve been creating an internal relationship with my daughter…only to learn she’s not there. She was never there.

Which is sad. It made me really sad.

I know “gender is a construct” of society and all, but it matters. It makes a difference in how we connect to each other somehow.

I had been imagining our future, and the type of woman she would grow up to be. I was so looking forward to meeting her, nurturing her, watching her come into her own. I was excited for Steve (my husband) who’s been a pile of mush ever since he learned he was having a daughter. He was picturing his life with “daddy’s girl,” and now she’s not there. She never was.

But then I feel movement inside me and realize it’s not a loss. I still have a baby in there and he’s okay. He’s more than okay. He’s healthy, I’m healthy, and we’re all on track to meet each other in April.

I really shouldn’t be sad at all.

Still, it comes in waves. It’s like saying goodbye to one relationship and hello to a whole new one. It’s a mix of sadness and excitement. I’m just trying to allow myself to feel everything. I believe that the more I grieve the loss of this imaginary relationship with my daughter, the sooner I’ll be able to embrace my relationship with my son.

How does the saying about making plans go?

“If you want to make God laugh, tell him about your plans.” I believe it’s a Woody Allen quote.

God knew, the baby knew, and now we’ve got a couple months to reconnect before he comes.

I think it would be normal to feel angry, but I’m not. I can’t imagine the pressure or the amount of patient information you have to keep organized as a perinatologist. Human error is real, and I only saw our perinatologist twice.

And, he apologized. I know it’s not something he meant to do. I know he feels badly and I truly feel he cares about me and my baby. He just made a mistake. Thankfully, it wasn’t a more important one.

If anything, I’m more disappointed in my former OB. I saw her about a dozen times and she never corrected me. Never inquired as to why I was calling my boy a girl. She never made me feel cared about. I’m glad I found a new doctor who figured it out immediately.

At least we caught it before delivery day…

Can you imagine if we found out on delivery day?

Steve and I joked that we’d wonder why our daughter had a penis. But it wouldn’t be a joke at all. I truly think we both would wonder why. We’d wonder if something had gone wrong. We’d be so convinced it was a girl that I don’t think it would resonate with us that “penis” meant boy. I imagine that with all the hormones that flood your body during childbirth, reconnecting might be even more difficult at that time.

I know we’re not the first people this has happened to, and my heart goes out to other parents who have been through it before. 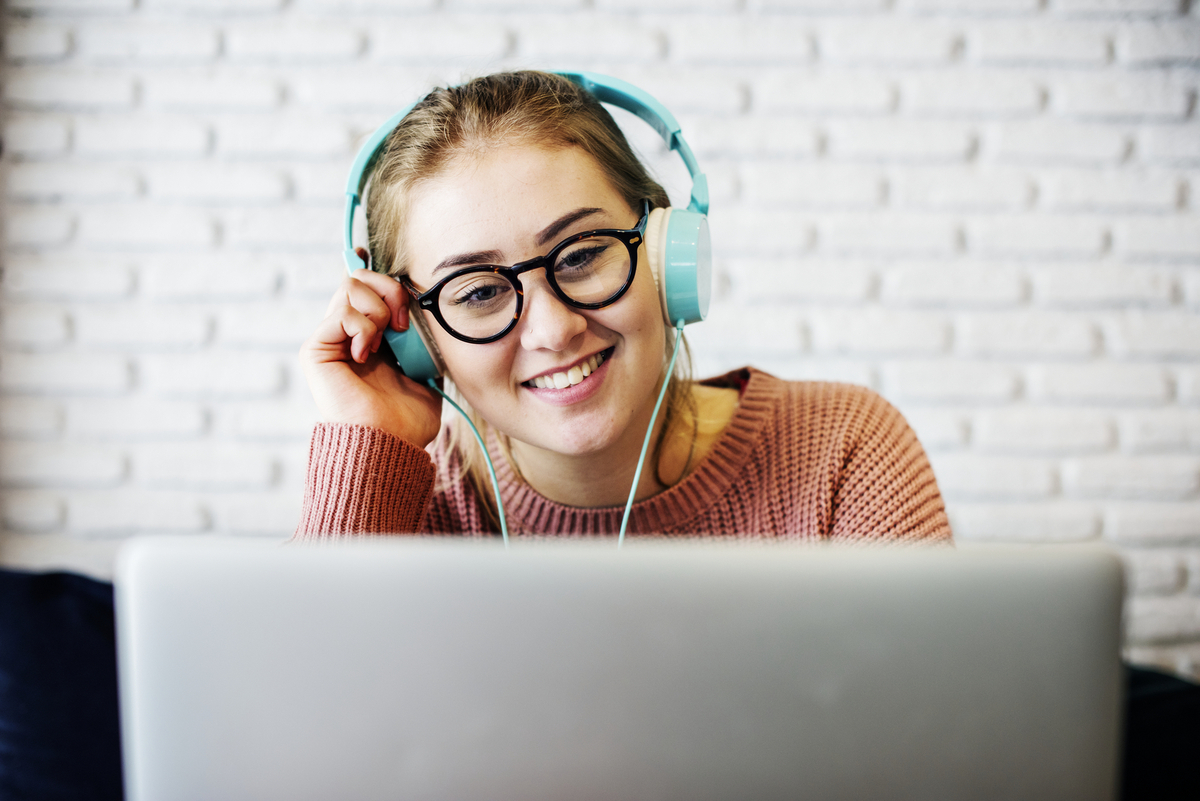 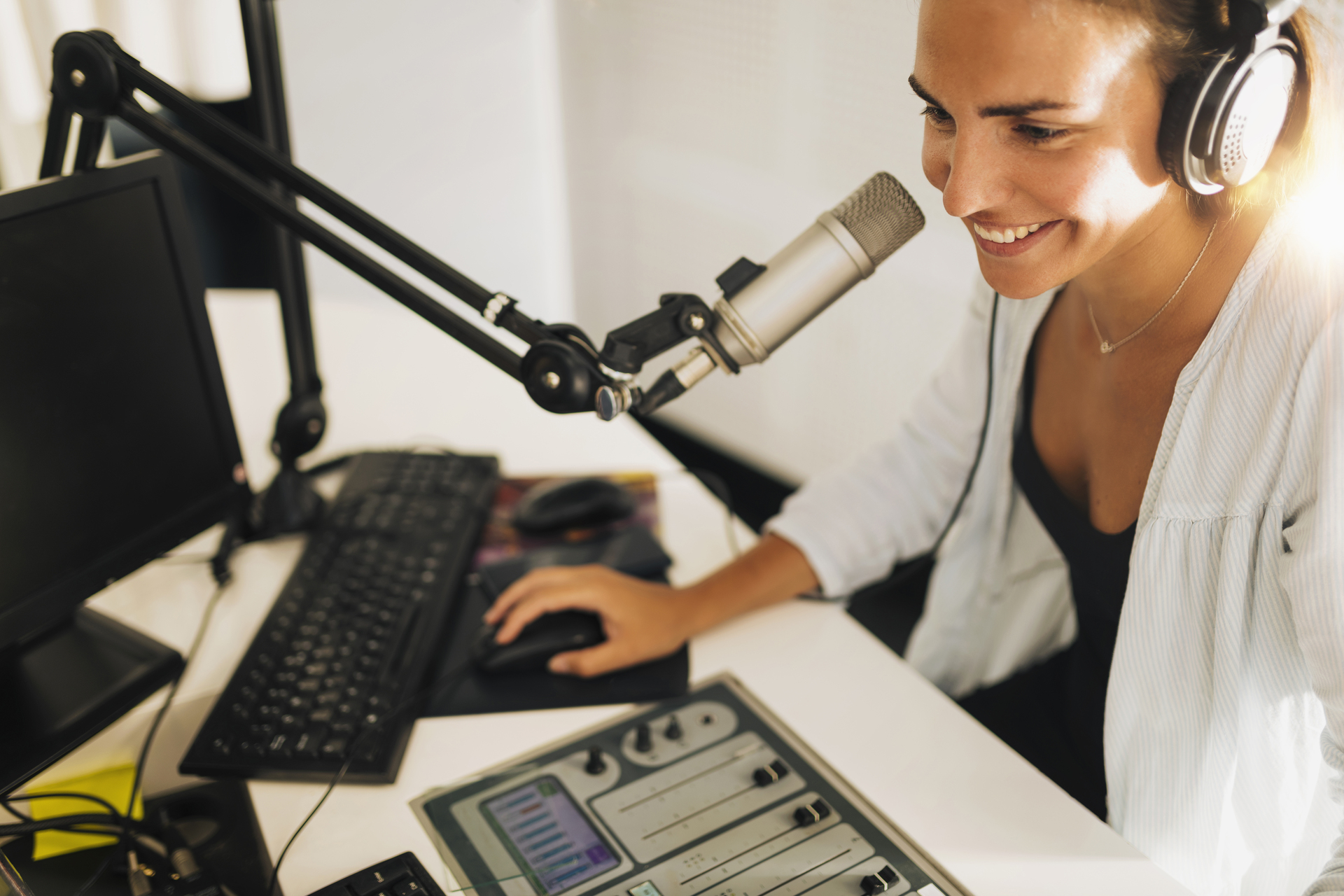 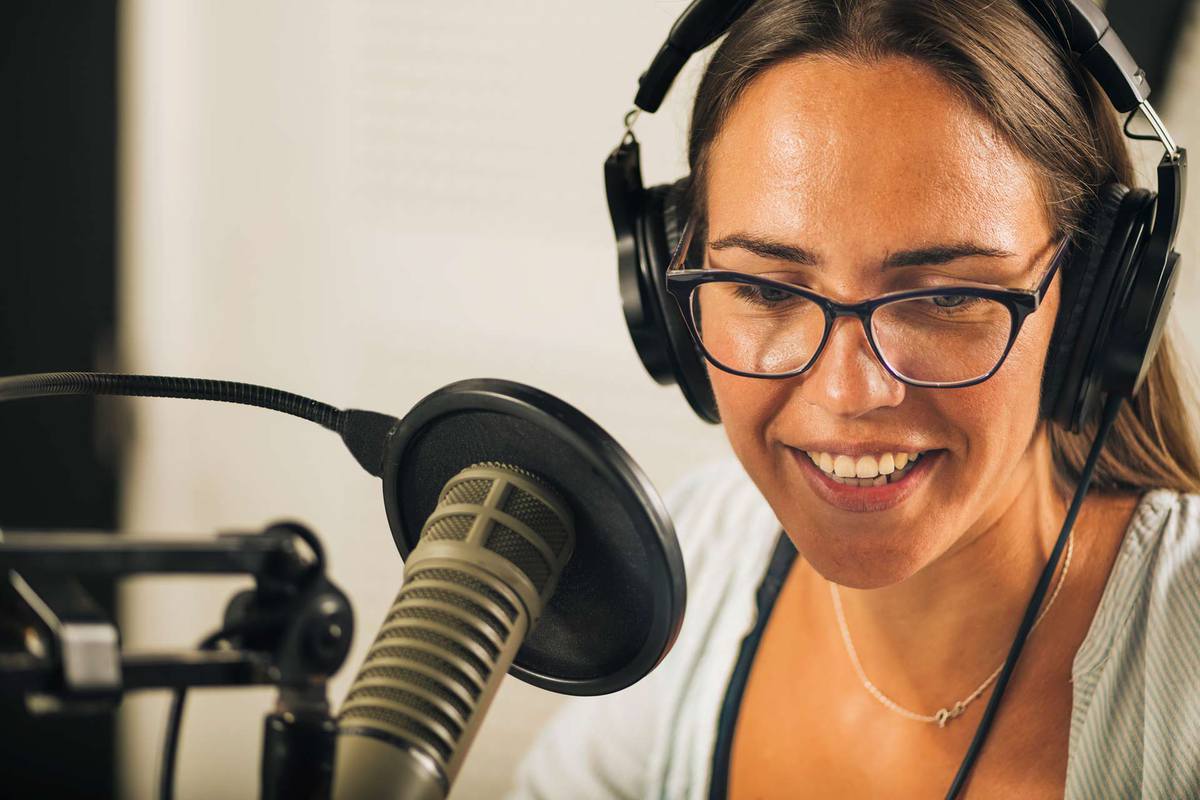 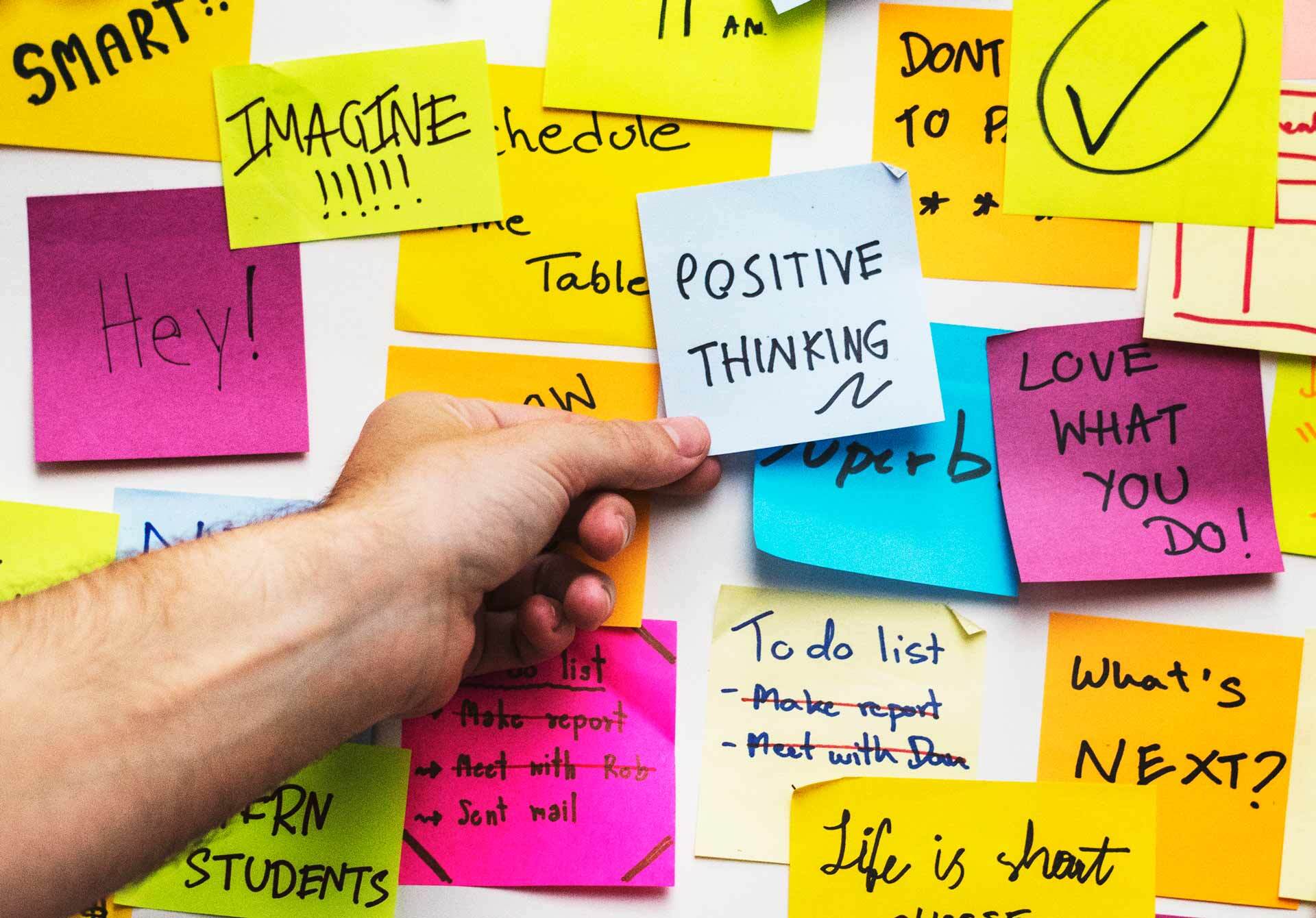